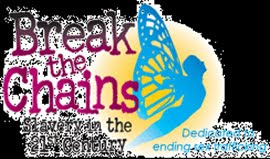 Transsexual, transgender and intersex (TTI) communities are finally coming into the media full time. As the last five years have shown, a steady bombardment of images, regular TV characters, frequent news stories and mainstream transsexual celebrities have made their way on to prime time. This revolution of visibility is an exciting crossroads for these communities. However, many mistakes in reporting are still made. A major concern is the misrepresentation and undermining of the transsexual medical condition by transgender sociopolitical ideology. This session will celebrate our growth and then address concerns.


The first half of the session Ashley gave an overview of the terms transsexual, transgender, intersex, gender queer, cross dresser, transvestite and drag queen and explained why grouping all these extremely diverse groups into one label “transgender” is problematic and intellectually dishonest. She explained why this reservation ideology ignores and endangers the unique social, political and medical needs of transsexual and intersex people. The topic of ‘misgendering’ was discussed, as well as the unethical trend of many media outlets (both LGB'T' and mainstream) of using transsexual people’s ‘pre-transition’ name, which is a form of misgendering and invasion of medical history privacy.

The second part of the session Ashley invited the panelists up. Eden Lane discussed how she was ‘outed’ during the Democratic Convention years back, how her agent dropped her and how she sometimes “becomes the story”, when she is actually just trying to “cover the story”. She talked about how GLAAD’s media guide could be fairer to transsexual people. Eden discussed why it’s important to not mislabel people who are transsexual “transgender”.

Kimberlain O’ Driscoll, an expert on the medical condition transsexualism and who has been a nurse for over thirty years, said in her presentation:

“…Although the portrayal of transsexuals in the media has improved, there is still confusion over the difference between a transsexual who is an individual with an identified chromosomal medical condition and someone who enjoys cross-dressing or performing on stage…… Cross-dressers, transvestites, stage performers and those who refer to themselves as gender queer have been placed under one collective group known as the transgender umbrella. Those with the transsexual medical condition do not belong in this group, yet their portrayal in the media rarely makes note of this. Men and women with the transsexual medical condition are struggling to survive. Insurance companies and lawmakers refuse to assist them because they do not understand the difference between someone who has this particular chromosomal anomaly and someone who perhaps cross-dresses for an evening and returns to their regular life the following day. Accurate and compassionate media portrayal can help correct this.”

Sarah Blazucki was asked about a recent quote given in Curve Magazine concerning Mark Segal, the owner and publisher of the magazine that Sarah is editor at, Philadelphia Gay News. A Philadelphia based trans activist was quoted in Curve saying,

“Last year, at the Pride parade, the out-of-touch owner of the Philadelphia Gay News stood up in front of hundreds of people and asked how many ‘gay and lesbian’ people were in the crowd, but failed to mention the B or the T. I stood there, annoyed and shocked. To be honest, carving out a place for the T in LGB space continues to be a struggle, and Pride month is no different.”


Sarah’s reply to that was that the Segal “was just not thinking”. However, the issue is the problematic practice of ‘T’ erasure in LGBT settings, and the use of “gay community” by many gay and lesbian people as the umbrella term for the LGBT coalition.

Justin Tanis, a former employee of NCTE, kept on heckling the entire session. He was upset that the moderator pointed out the inaccuracies and anti-transsexual sentiment in the alleged survey “Injustice at Every Turn”, which Lisa McDonald, a transsexual activist, calls “Inaccurate at Every Turn”. The survey seeks to appropriate and misgender people with transsexualism, and erase their medical legitimacy. Since Tanis was one of the writers of the “survey”, he had personal interests in attempting to discredit anyone or organization that unveiled the intellectually dishonest and manipulated data that was concocted into this survey. Whereas Tanis believes in the “gender deconstructionism umbrella” theory, transsexual people do not.

At the end MAGNET asked people to remember that whenever a colony seeks to emancipate themselves from those who misrepresent and oppress them, that there is sure to be a push back from those who want to keep them co-opted and silenced, which is why some transgender and LGBT opinion leaders and bloggers have been so militant in trying to vilify and discredit those in the transsexual community who are resisting the erasure and misrepresentation of their medical condition's narrative and legitimacy.

The good news is that the toothpaste is already out of the tube....and there is no going back. Now all the transsexual community has to do is organize, educate and correct the misinformation that is currently being distributed by non-transsexual people.

MAGNET is grateful that the NLGJA allowed a session in their programming that went against the grain, and we hope we can aid them in clearing up a lot of the misinformation about the transsexual medical condition in journalism, TV news shows and in both GLAAD's and NLGJA’s media guide defintions of transsexual.