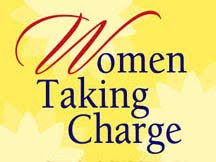 ‘Women Demanding Change Now: The Dehumanization of Transsexual Women through the Gay Male Hollywood Lens’ was a controversial, yet healthy and much needed discussion concerning the stigmatizing portrayals of transsexual women in the media, particularly those produced by Gay Male Hollywood.

An extremely diverse group of LGBTQI and allies spoke on the panel such as teachers, activists, film/TV producers, journalists, writers and actors.

Though the topics were confrontational, we needed to be honest about the realities affecting the most vulnerable portion of the LGBT community.

The reality is that there are very few opportunities for trans roles in Hollywood, so when gay men get into positions of power to make those few times count, it is extremely disappointing, stigmatizing and hierarchy creating when they put images of “trans face” into the public eye, therefore dehumanizing and marginalizing transsexual women in mainstream society.

Some of the footage from the event will be in Ashley Love’s upcoming documentary concerning media reform for transsexual women.

A outline of what was discussed at the event will be available next week.

The reason MAGNET elected to specifically target the negative images created by gay men is since transsexual women are listed under the LGBT umbrella, then it is even more damaging when the most privileged part of the LGBT community (affluent gay men) gives mainstream society ‘permission’ to oppress us. Transsexual women are not ‘property’ of the privileged white gay (or straight) men who continue to makes millions off exploiting them in the media. They do not have the right to make a minstrel show out of of transsexual women's lives. Gay Male Hollywood's "trans face" images are causing harm at a time when trans women are trying to gain acceptance and civil rights.

Thank you to all supported the trans community’s protest against defamation, misrepresentation and exploitation
Posted by Ashley Love at 5:10 PM No comments:

MAGNET is an anti-defamation organization dedicated to educating the media about transsexual and transgender issues, as well as pushing for more authentic and positive portrayals of trans people in the media.

Event will be filmed, so attendees must be okay with this

Some topics which be discussed:

• Spiritual/mental/physical violence incited by messages in film and TV

There will be an opportunity for the audience to ask the panelists questions.

Please let us know your thoughts on this epidemic so we can include them in the planning and discussion.

MAGNET is an anti-defamation organization dedicated to educating the media about transsexual and transgender issues, as well as pushing for more authentic and positive portrayals of trans people in the media.
Posted by Ashley Love at 4:03 PM No comments: 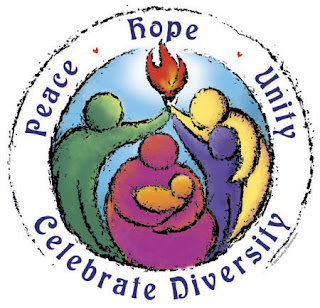 Media Advocates Giving National Equality to Transsexual & Transgender People
July 7, 2010
MAGNET Changes Name of Panel Discussion to Acknowledge Allies of Transsexual People in the Lesbian, Gay and Bisexual Community.
On July 15th Media Advocates Giving National Equality to Transsexual & Transgender People (MAGNET) is hosting a panel discussion concerning the trend of gay male producers creating negative and transphobic media images that harm transsexual women called “Women Demanding Change Now”. The prior subtitle was “The Dehumanizing Misrepresentation of Transsexual Women through a Gay Male Media Mafia Lens”. Due to MAGNET wanting to rebuild trust between the trans and LGB community, and because of community feedback pertaining to our confrontational title, we are now exchanging the part “Gay Male Media Mafia” to “Gay Male Hollywood”.
MAGNET has received input from community leaders concerned with many in the LGBT activist community’s language and terms, such as “Gay Inc.” and “Gay Male Media Mafia”.
We acknowledge these terms are confrontational, but are they even a small fraction as confrontational as the spiritually & mentally violent and inhumane images that Gay Hollywood continues to make of transsexual women which hold many of them hostage in segregation, depression and dangerous vulnerability? Is “mafia” an inaccurate word when one considers that for decades on end the gay establishment has continued to marginalize the transsexual, transgender and intersex communities for their own gain? Gay Hollywood has bombarded the trans community with abuse by irresponsibly green lighting and producing content with dangerous messaging. The gay press deliberately (sometimes unintentionally) mis-gendering, silencing and stigmatizing trans women during this current uprising of Trans Americans is another reason we chose the word “mafia”. This is not us “picking a fight”; this is actually us defending ourselves from a fight waged on us from those in the LGB community who feel “oppressing our own” is just. While some LGB people harm us out of “ignorance”, we won’t ignore the alarming truth that many gay and lesbian decision makers harbor conscious transphobic ideals which impact Trans Americans, and us seeking accountability is not “divisive”, it’s us calling out “divisiveness”.
However, because we want nothing more than to make this a “LGBT family meeting” in hopes of inspiring the gay community to stop exploiting and impeding trans people’s progress, we feel that it’s best to change the name so we will not alienate those in the gay community who truly want to be allies with the trans community. The pursuit of happiness and human rights are also beholden to Trans Americans, and the defamation against them is a road block to these goals, and it must be resolved.
Moving forward, the main goal of our panel is to address this current crisis of propaganda in the media which assaults transsexual women. While we note that many of these images are made by gay men, we acknowledge that many gay men understand our honest hurt, and truly want to help us foster understanding in society, humanize our images and be allies in ACTION (not just allies in words or acronyms.) Therefore we are making this concession because we have faith that as these conversations about media reform continue that more and more LGBT people will realize that “bad visibility” IS NOT better than “no visibility”. While many people in the trans community are calling to break away from the LGB community because they feel they are deliberately holding them back, MAGNET believes that LGBT UNITY is best, but it has to be honest unity, or it’s not unity at all.
Bill, a gay man and ally to the liberation of transsexual, transgender and intersex people, wrote us: "As a white, male, gay American, I understand where you are coming from. All too often, the LGTB community 'forgets' about the 'T' in that acronym. I have always found that particularly odd, as those are the people in our community who are treated the worst. They are treated with disdain and with open, celebratory abuse. Many LGB people participate in this abuse. I have seen it firsthand. I always speak up about it. Trans people NEED us. They NEED our support & our inclusion. What they do not need is our abandonment of them in favor of our OWN civil equality."
This inspiring message from a gay men reinstills ours faith that the LGBT community does have a chance of staying together. If Gay Inc. would listen, educate themselves and understand more, then that hope can become a reality.
We hope to see you at the panel!
July 15th. 7:00-9:30pm “Women Demanding Change Now: The Dehumanizing Misrepresentation of Transsexual Women through the Gay Male Hollywood Lens.”
For panel info: http://www.facebook.com/loveashleylove#!/event.php?eid=138251619535256&ref=mf
Posted by Ashley Love at 1:43 PM 2 comments: 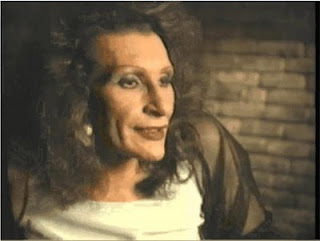 
Today, July 2nd, is LGBT pioneer Sylvia Rivera’s birthday. MAGNET honors this heroic woman, who is credited by historians as being the person who “threw the first heel” in the Stonewall Inn that fateful night in 1969, when the LGBT community decided to fight back against police brutality. Rivera and many other transgender and gender non-conforming people of color at the inn that night were “guilty” of having “gender inappropriate” clothing, which is the excuse the police used to exercise their prejudice with violence. The police were surprised when the guests at the bar decided to fight back! This riot catapulted the modern LGBT movement, and Rivera and other trans people were responsible for kicking things off.


Rivera continued to advocate for LGBT equality, particularly those disenfranchised and homeless. Sadly, after the gay establishment was done using her to get publicity to raise money, she was abandoned by the gay community, and actually died impoverished. They expressed that “transgender issues are too extreme”. Even the lesbian separatism “angry feminist” community would exclude her from women’s conferences, and she was one time escorted out of a queer women’s conference by enraged lesbian separatists who were transphobic. She was banned from the New York Gay Center for publicly asking them to take better care of homeless queer youth . When Rivera used her voice to call out the oppression of trans, poor and/or people of color from Gay Inc, she was blacklisted from many organizations, media outlets and social circles. Though the Gay Male Media Mafia tried to silence her truth telling, shortly before she died she foretold the future saying, “One of our main goals now is to destroy the Human Rights Campaign because I'm tired of sitting on the back of the bumper. It's not even the back of the bus anymore — it's the back of the bumper. The bitch on wheels is back.”


Today, a new documentary is making the festival circuit called “Stonewall Uprising”. Not surprisingly, the white gay and lesbian people primarily responsible for making the film totally “white washed” what really happened, by mainly interviewing white subjects, to having only white men on the promo poster. And it gets even more inaccurate and appalling, the films totally belittles the involvement not only LGBT people of color had in initiating our movement, but it downplays the significant role trans people had in igniting the flame that Stonewall accomplished. Sorry Gay Inc, no matter how hard you try, your desperate attempt to rewrite history, therefore oppressing trans folk and people of color, will not work. There’s a new Stonewall happening, and this “oppress our own pattern” is getting harder to maintain as the people continue to speak out. Before there was Harvey Milk, there was Sylvia Rivera.


On this special day honoring Sylvia Rivera’s birthday, MAGNET calls on all gay and lesbian people to remember who started Stonewall, and to try to be more understanding of your trans brothers and sisters. MAGNET calls on Gay Inc to remember that it was not the privileged assimilationists who first stormed the gates making it possible for this 40 year campaign for equality, it was lower income people of color who bravely returned transphobic and homophobic violence with such a resistance that the whole world knew the LGBT community had had enough.


Happy Birthday Sylvia Rivera, and thank you for taking a stand!


http://en.wikipedia.org/wiki/Sylvia_Rivera
Posted by Ashley Love at 11:55 AM No comments: