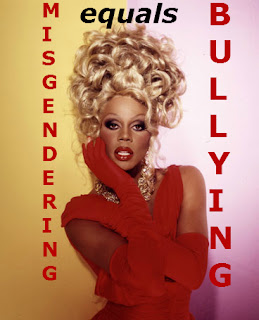 On August 4th MAGNET organizers Lauren Nichols and Ashley Love gave a presentation at The Las Vegas LGBT Center focusing on how journalists and screen images portray transsexual, transgender and intersex stories. After MAGNET’s presentation they moderated an audience discussion on TTI representation and their effects on the different TTI communities.

UNITY, formerly UNITY: Journalist of Color, is an alliance of people of color journalist associations. This was the first UNITY convention where UNITY expanded their membership to include NLGJA, or National Lesbian & Gay Journalists Association. UNITY included sexual orientation and gender identity in their mission statement. Shortly after NLGJA joined UNITY, NLGJA's leaders and board members pressured UNITY to additionally change its name, arguing it was “exclusionary and inaccurate” (although NLGJA’s own name remains exclusionary and inaccurate by omitting the 'B' and the 'T' from their acronym).

Attendees at MAGNET’s presentation at the Las Vegas LGBT Center last Friday, as well as attendees at NLGJA’s own membership meeting last Thursday, overwhelmingly agreed that NLGJA needs to be consistent in promoting inclusive titles by changing their own acronym. NLGJA leaders said they plan to discuss the issue.

“It was a really inspiring convention to be with many other people of color journalists and media professionals", said MAGNET's Ashley, "UNITY's welcoming of the LGBT coalition brings together greater diversity which creates s a stronger partnership. It was a good gesture that UNITY also changed their name to be more inclusive, and we hope NLGJA will follow UNITY’s progressive step forward by including the 'B' and the 'T'' to NLGLA’s acronym to be inclusive as well. Preach, practice. You can't spell the word UNITY without the letter 'T'.”

Posted by Ashley Love at 3:10 PM No comments: 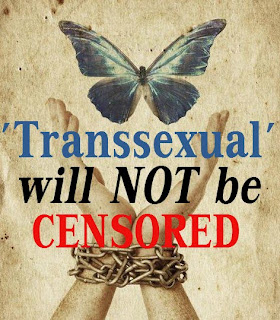 GLAAD and American Apparel are partnering on a ‘Pride Month’ campaign with Isis King (Tyra Bank's America's Next Top Model’s first contestant born with transsexualism) modeling T-shirts that read “Legalize Gay”; however, Isis is a heterosexual woman, not a “gay” man. Gender identity or a transsexual medical condition is not the same thing as sexual orientation. The word “gay” is not interchangeable with the word transsexual. The advertisements, perhaps unintentionally, send misleading and nonaffirming messaging about transsexual and transgender realities. All we ask for is accuracy, which includes reforming GLAAD’s media guide section on transsexual related representation.

1) BOYCOTT-- MAGNET and other transsexual, transgender, intersex, feminist and ally groups are boycotting GLAAD’s and American Apparel’s pride month t-shirts due to their problematic messaging. We call our campaign: 'Transsexual' Will Not Be Censored

2) REPRESENT-- We ask those who support our educational campaign against misrepresentation to go online to purhcase  environmentally safe t-shirts (or design and create your own) which read one of three slogans:
3) JOIN CAMPAIGN-- You're Invited to Join Our Online Discussion / Get Updated Info:
'Transsexual' Will Not Be Censored Facebook Group page:  https://www.facebook.com/#!/groups/242017769243699


Ashley Love, a MAGNET organizer, explains, “GLAAD fights the good fight for us many times, yet this time they’ve irresponsibly made a decision that appeared to not consider the confusing messaging that the ad could send to the public. They inadvertently went against their mission statement by validating the transphobic misconception that Isis and other women like her are “gay” males, instead of who they really are - women, period. The constant misgendering of women of transsexual experience by GLAAD and other ‘LGBT’ groups derails accurate education on transsexualism and must stop.”


Professor Joelle Ruby, PHD. of New Hampshire University, a transsexual advocate, was recently on two panels about feminism in the transsexual and transgender communities during the Philadelphia Trans* Health Conference and made a public statement on Facebook about this story:

“[GLAAD] hire TRANSSEXUAL model Isis King to model…t-shirts that say "Legalize Gay" and "Gay is OK". They erase King's transsexualism (AND TRANS RIGHTS in general) to forward their gay-centric agenda. And then they wonder why we critique Gay, Inc.???"

“As my past and present experience working with the community has taught me, those of us who are straight don't like to be considered anything other than a heterosexual woman. Just as damaging as physical violence could be mental violence, like erasing one’s accurate identity, such as misgendering, causing psychological abuse. I support equality for all; however, Isis should respectfully be recognized as a woman, not a commodity to be co-opted for a gay and lesbian only demographic.”

Messaging and images that promote (whether intentional or not) ideas of segregation and sex discrimination are serious matters which must be addressed. GLAAD's messaging in their advertisements feed invalidating and inaccurate misperceptions. We hope our campaign will foster affirming and forward messaging.

Posted by Ashley Love at 4:36 PM No comments:

MAGNET- Media Advocates Giving National Equality to Transsexual & Transgender People- is holding an education rally on April 21st outside GLAAD’s Los Angeles Media Awards to draw attention to GLAAD’s ongoing campaign to blur the lines between transsexualism, gender deconstructionism, lifestyle choices and transvestite fetishism as well as GLAAD’s unethical refusal to address the national dissent of the transsexual community that is being co-opted into GLAAD’s “transgender umbrella ideology” agenda against their will.

Ashley Love, an organizer with MAGNET, explains, “Though GLAAD does some good work, primarily for gays and those who support transgender socio-politics, we hold this education rally to inform attendees that the medical condition transsexualism is actually not about third gender politics or homosexuality. Our legitimate birth challenge stems from being born with chromosomal and/or anatomy diversity, and is treated by affirming doctors who aide us is ensuring our body is aligned with our mind. GLAAD has concocted and is militantly pushing an opinion based framework that unravels public understanding, promotes transsexual-phobia and even impedes and erodes our legislative advancements and medical rights. We ask involved parties to take a deeper look at GLAAD’s social engineering that seeks to erase transsexualism from classrooms and public discourse in favor of their gay and gender deconstructionism only politics, and examine the science, data and literature that supports our transsexual medical condition’s accurate narrative. Be aware of the unrest and resistance in the transsexual community against this blatant revisionism and co-opting of our lives by non-transsexual entities that has lasted almost twenty years. This colonialism of transsexualism by gay and transgender ideology groups is irresponsible, psychologically abusive, sexist, and detrimental to the mental and physical health of people born with transsexualism. We’ve had enough.“

"I’m a family doctor and the mother of a 17 year old daughter who has a transsexual medical history. It’s imperative that GLAAD understands that my daughter, and other girls and women with similar medical histories, shouldn’t be inaccurately categorized with others not at all like her under the umbrella term "transgender". PLEASE UNDERSTAND: My daughter is a young woman, not impersonating one as a hobby or lifestyle. She’s not gender queer, a cross dresser, a transvestite, a fetishist, or a drag queen. It’s time to reform GLAAD’s problematic media guide concerning transsexualism"
Posted by Ashley Love at 8:21 PM No comments: