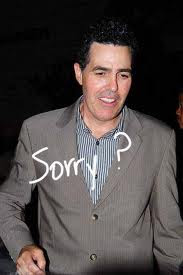 Adam Carolla adds to his long resume of offensive and prejudice/fear based outbursts with a new podcast where he went on a rant against people who are transsexual and transgender. He asked "When did we start giving a sh-- about these people?" He adds that the LGBT community should "shut up" about speaking out for equality because they are "ruining his life", when in reality, his fear and hate mongering is what is “ruining people’s lives”. He advised the LGBT community to exchange the acronym LGBT ("Lesbian, Gay, Bisexual and Transgender") for "YUCK.", again, the only thing “yuck” is Carolla’s transphobia, homophobia and sexism.

Carolla recently made his defintion of an apology: “I’m sorry my comments were hurtful. I’m a comedian, not a politician.”

“We reject Adam Carolla’s excuse of “being a comedian” as to why he was promoting transphobia, sexism and hate speech. We know many successful comedians who don’t use fear mongering and transphobia in their material. This propaganda endangers the well-being, understanding, lives and rights of people born with a transsexual medical condition. Carolla should know there is an epidemic of unemployment, violence and marginalization in the transsexual and transgender communities due to the ignorance and fear he is promoting. The networks, advertisers and listeners associated with Carolla now or in the future should know that transphobia and hate is not funny or acceptable.”

Eden Lane, known as “the first transsexual broadcast journalist” on mainstream television, and host of 'In Focus TV' (program on PBS affiliate KBDI),responded to Carolla's defamatory remarks about her community. She tells MAGNET:

“I was deeply disappointed to hear the degrading anti- transsexual remarks Mr. Carolla made on his recent podcast. Mr. Carolla might benefit from some kind of training so he understands the injury he can do to young people not only of a transsexual or transgender experience, but to his young fans who now may think Carolla’s “comedy” is an acceptable reaction to people who are born different.“ 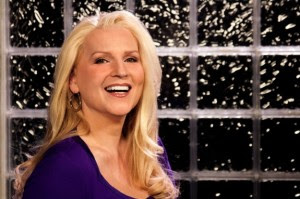